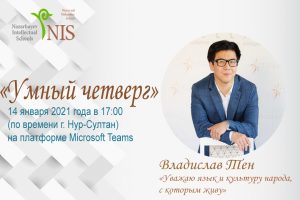 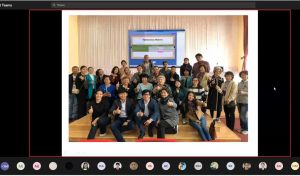 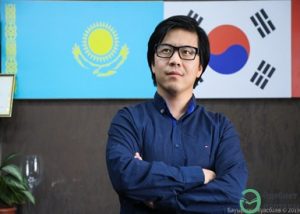 Students and teachers of the Nazarbayev Intellectual School of Taraz met with the director of the Lingvaten Language Center in Nur-Sultan, polyglot Vladislav Ten, on “Smart Thursday”.

Today Vladislav teaches the Kazakh language to Kazakhstanis who do not speak the state language, as well as English and Korean languages in his center. Along with the state, V. Ten, a gastroenterologist by profession, is fluent in Russian, Korean, English, and Uzbek. He has developed an effective method of teaching the language, which is taught in Lingvaten.

The participants of the meeting were able to hear firsthand about how he managed not only to learn Kazakh in one year, but also to become a successful teacher.

Vladislav is currently writing a methodological guide for teaching the Kazakh language. The book should be ready for release in the next three to four months. He also noted that he is actively studying the Portuguese language. On the question of how to improve the status of the state language, Vladislav answered:

– The status of a language is raised only when the population fully speaks the language. A person who is just learning a language should never point out his mistakes in speech, but on the contrary, support and help in every possible way. This is what a true patriot of his country should do.

Students of all Intellectual Schools were able to watch the meeting with the polyglot Vladislav Ten.

Teacher practice research: how to formalize the results of achieving the PDG?

In Taraz NIS was organized a series of methodological sections for teachers together with NU, which aims to improve the quality of publications and research of teachers in journals with a high impact factor. The first methodological section was devoted to the topic: “Writing articles for scientific publications: case studies and systematic literature reviews”. On […] 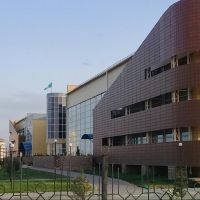