A student of the 12th class of NIS Taraz Arailym Altay won the Grand Prix of the qualifying round of the VII Republican festival of arts. Arailym won the main prize by performing a song from the repertoire of Celine Dion, the soundtrack to the famous film “Titanic” “My Heart Will Go On”.

– I have been attending vocal courses for more than five years. Singing is my hobby. It is a great happiness to achieve results by doing what you love. Despite my busy schedule, I try not to miss vocal lessons. Also, there are other clubs in the school, which I also attend with pleasure, – A. Altay shared.

Vocal teacher Bauyrzhan Baymakhanbetov received an award in the category “Best leader”. According to him, despite the fact that there was very little time left for preparation, Arailym coped with the task perfectly, professionally performing a heavy composition.

It should be noted that currently, Arailym is preparing for the next stage of the competition, which will be held in February in the city of Nur-Sultan. 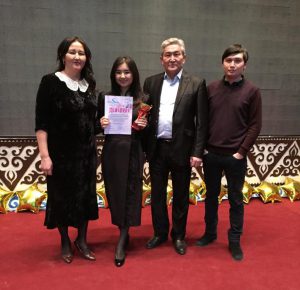 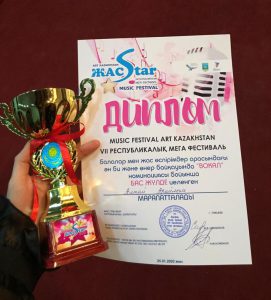